Why is there a big ginger dog on your website?

Well, it was a choice between the dog……Or this guy……. 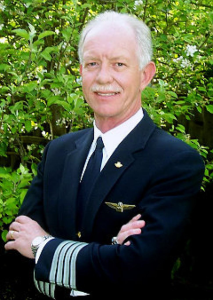 Our mission at house51 is to promote the power of real world thinking. We do this by embracing empathy, instinct and evidence. Data and evidence dominate modern work and leisure time. But few of us truly understand how and when to use evidence effectively-or when we should let our instincts take over……

Captain Chesley “Sully” Sullenberger could be one of our poster boys.  He became an international hero 6 years ago today (Thursday 15 January 2009) when he saved 155 people on board US Airways flight 1549 by gliding his aircraft into the Hudson less than 3 minutes after a catastrophic bird strike on take-off. The incident became known as the ‘Miracle on the Hudson’.

Impressive stuff. …. Sully is not quite as photogenic as Ginger. But they have got more in common than meets the eye. We think business leaders and policy makers can learn a lot from them both. Sully used the same ‘rule of thumb’ to save flight 1549 as Ginger uses to catch that ball. The crew of Flight 1549 had no time for the manuals or data from the flight computer.

As Gerd Gigerenzer shows in Risk Savvy, the life or death choice between heading for La Guardia airport or The Hudson was based on a split second use of the ‘gaze heuristic’:

Fix your gaze on the (air traffic control) tower. If the tower rises in your windshield, you won’t make it

The tower rose, so they headed for The Hudson…… Crucially this wasn’t only a fast decision. It was a better decision than they could ever have made with all of the technology and information available in the cockpit.

The rise of behavioural economics means that business people and policy makers are getting pretty familiar with heuristics and the concept of bounded rationality. But what we learn from Sully and Ginger challenges the popular understanding of Khaneman’s system 1 and system 2 model. Gigerenzer shows that heuristics are about far more than unconsciously settling for ‘good enough’.

Heuristics can be employed consciously or unconsciously to offer simple solutions to complex problems. They help us to be risk savvy and embrace uncertainty

‘It is called a heuristic because it focuses on the one or few pieces of information that are important and ignores the rest. Experts often search for less information than novices do. The important point is that ignoring information can lead to better, faster and safer decisions’

The illusion of certainty in business makes it difficult to champion heuristics and instinct. Business and policy makers have become comfortable using rules of thumb to explain the ‘irrational’ behaviour, ‘biases’ and fallibility of the people they choose to call ‘consumers’ and ‘stakeholders’.

But the stereotyping of heuristics as inferior thinking means many of us find it difficult to defend, much less advocate, the power of heuristics in the boardroom. At house51 we recognise that in the real world, defined by uncertainty, there is no binary choice between rational and irrational.   As Gigerenzer explains

‘In the world of business, statistical calculation is not enough; to know whom to trust, one needs good intuitions about other people’

When we see Ginger catching that ball it reminds us of two things: be risk savvy and embrace our instincts.