The Politics of Social Purpose Marketing 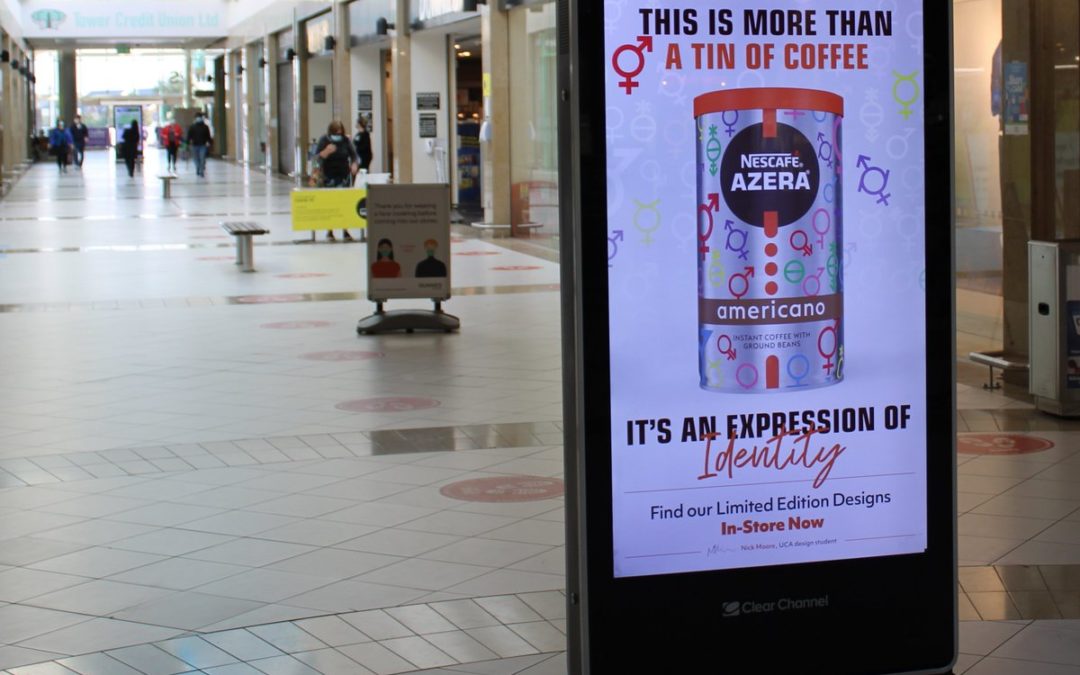 Since 2018, I’ve written three whitepapers with Andrew Tenzer that you may have heard of if you work in the UK media, marketing and advertising industries.

It’s been an interesting experience seeing ‘Gut Instinct’, The Empathy Delusion’ and ‘The Aspiration Window’ take on lives of their own as our research has been extensively referenced in industry blockbusters like Orlando Wood’s ‘Lemon’ and Steve Harrison’s ‘Can’t Sell Won’t Sell’. Steve is the one causing the biggest stir at the moment. He lit the blue touch paper when he linked the decline of ad effectiveness directly to an obsession with social purpose and what he sees as a takeover of the ad industry by left-wing ideology.

It is not surprising that the debate around social purpose marketing is deeply politicised and polarised. Afterall, advertisers are human beings too and they are not immune to the maladies that afflict wider society. Indeed, I first had the idea for the research that became ‘Gut Instinct’, ‘The Empathy Delusion’ and ‘The Aspiration Window’ when I was researching political identity and discrimination for my MSc in Behavioural Economics back in 2016. I wrote a paper called ‘When Things Go Wrong and People are Afraid’ about the social impacts of the EU Referendum result. This, in turn, lead me to the literature on cross-cultural psychology, empathy, values and thinking styles.

My research with Andrew extends these frameworks to explore the growing social and cultural gaps between people who work in advertising and the mainstream audiences they are paid to understand, engage and influence. And political identity and ‘affective polarisation’ have always been part of the mix.

Of course, Andrew and I are not entirely blameless, or indeed in agreement, when it comes to the politicisation of the debate. In ‘Gut Instinct’ I described people working in marketing as ‘Thatcher’s children’. Following the publication of ‘Empathy Delusion’, and the Ashcroft Report on the 2019 election result, Andrew published an article called ‘Be More Tory’– a title and thesis that makes me, a working class lad from post-industrial Scotland, wince to this day!

There is no ‘left-wing’ takeover in marketing

Andrew and I must take some responsibility for this ‘left-wing takeover’ narrative. In ‘The Empathy Delusion’ our data showed that 44% of marketers identified as ‘left-wing’. The equivalent figure for our mainstream sample was 25%. We also showed that marketers who identified on the left mirrored the pattern of moral foundations found by Johnathan Haidt in his book ‘The Righteous Mind’– i.e. they hothouse individualising morality and disregard the ‘binding ethics of community’ more favoured by the mainstream.

But what does ‘left-wing’ even mean? The term has been used to refer to a diverse range of movements over the years including socialism, communism and social democracy. Now ‘left- wing’ seems to be used, often pejoratively, to describe any movement that opposes discrimination on the grounds of gender, race or sexual identity or campaigns about climate change and the environment.

And herein lies the problem with the narrative of a left-wing takeover in marketing and connecting ad land’s newly found social conscience with the moral panic about the ‘evils of socialism’. Our research shows that many people who work in advertising and marketing can certainly be described as socially liberal. But there is no anti-capitalist revolution.

Yes, socially liberal advertisers and marketers self-identify as ‘left-wing’. But when we scratch the surface, they also exhibit a range of traits, values and cultural assumptions (e.g. high levels of individualism and materialism) that remain widely accepted as being in conflict with any recognised definition of ‘socialist’ values.

It follows from this that our ‘left-wing’ marketers then map so closely onto the pattern of moral foundations that Haidt found for US liberals in his research. Of course, ‘socialism’ is not a term that sits well with many US liberals. And our data shows that it is not a term that is appropriate to describe liberal marketers in the UK either.

Social Purpose marketing is not driven by the ‘left wing’

But perhaps the most straightforward thing is to look at the voting behaviour of UK marketers. In ‘The Aspiration Window’ we found 38% of marketers voted for Corbyn’s Labour party in the 2019 General election compared with 32% who voted for Boris’ Conservative party. A lead for Labour for sure, but hardly the hotbed of North London Corbynism that some warn us against.

The data also presents a further challenge to the idea of ‘social purpose as a left-wing take-over’. See below for an unpublished finding from ‘The Aspiration Window’. It turns out belief in social purpose does not correlate with voting behaviour. Conservative and Labour supporting marketers have an equally dim view of the importance of factors like’ a brands position on social issues’ or ‘political stance and affiliations’.

So, belief in social purpose marketing is not driven by political affiliation (‘left-wing’ or otherwise). It is far more accurate to think of it as a facet of the socially liberal cultural norms of the aspirational class that dominate our industry. And these people are certainly not anti-capitalist.  In fact, the ‘formative affluence’ enjoyed by many who work in marketing means they tend to uncritically accept the hegemony of capitalism.  It has always worked for them. Their economic and social experiences mean they take material security for granted. It is this privileged ‘super-materialist’ outlook that creates the headroom for them to focus their attention on social purpose and feeling better about what they do for a living.

Essentially, I still think David Goodhart nailed it in ‘The Road to Somewhere’. He describes a business and political elite that is immersed in an ‘anywhere’ culture and contrasts this with the mainstream who tend to be ‘somewheres’- rooted in a sense of place and community. The ‘anywheres’ may resist conventional political labels and values, they may even think of themselves as reformers, but ‘anywhere’ culture is still about everyone going to the same schools and universities, having access to the same technocratic networks and then assimilating a homogenous set of values that fit the orthodoxy of your chosen business or political career.  Marketing and advertising are driven by ‘anywhere’ culture. And social purpose marketing is part of this orthodoxy.

It is a technocratic (not democratic) solution that is far more aligned with the integration of business and government favoured by the centrist or ‘third way’ political projects of  Bill Clinton, Blair, Cameron and (dare I say it) Starmer than it is with any brand of ‘Corbynism’ (real or imagined).

The alignment of social purpose and ‘third way’ politics is exemplified by industry leaders like Muhtar Kent, the former CEO of Coca-Cola who promoted the idea of ‘The Golden Triangle’- government, business and civil society working in close partnership. It goes without saying that the many positive impacts featured in this link are welcome.

But the social purpose marketing project continues to extend its reach and ambition. The insidious argument now is that business technocrats are simply better at getting things done than elected governments and that they should now take a lead in determining social and economic policy. Even if we accept that our governments are ineffective, socially conscious marketers should be figuring out how to make our democratic institutions better, not seeking to replace them with unelected big business.

If you doubt that this is happening, have a look at how EffWorks trailed their discussion with Steve Harrison a couple of weeks ago on LinkedIn. ‘Even Alastair Campbell agrees we (i.e.marketers) should step in’….

For the mainstream, dejected by the decades of failure from successive political regimes, getting big business involved can be a seductive argument. Think how many Trump supporters justify their choice by reminding us he is a billoinaire businessman who loves ‘The Art of the Deal’. And all those surveys that report the general public’s endorsement of social purpose marketing prey on the same desperation.

The marketing industry needs to look far more critically at the consequences of its newly found social activism. Beyond the gesture politics and clamour to be associated with vital movements like #MeToo, Black Lives Matter or Extinction Rebellion, marketers are now openly seeking to compete with democratically elected institutions and forcing the agenda of a technocratic elite onto the mainstream.  It’s at this point that the marketing industry becomes part of the problem, not part of the solution.

I’m writing this on the morning after the 2020 US presidential election. We have just entered the worst-case scenario. There’s no definitive result and Donald Trump has just shown (again) that he would do anything to win. This now includes calling the election ‘a fraud’ before the votes have been counted.  Democracy needs all the help it can get.

Much of the political turmoil and polarisation we have witnessed in recent years resulted from the mainstream’s rejection of the centrist project I have described above. Many people continue to be deeply suspicious of the ‘third way’ and the thin veneer of social conscience it provides for a neo-liberal consensus that has marginalised many communities over the past four decades.  Remember, Margaret Thatcher famously described Tony Blair and New Labour as her greatest achievement- ‘because we forced our opponents to change their mind’…Just as New Labour was a rebranded and slightly more touchy feely version of neo-liberalism, perhaps social purpose marketing is simply a ‘wash’ that disguises the full avarice of big business?

So, where does this leave social purpose marketing? I’m a big fan of what Mark Ritson recently called ‘bothism’. I hold onto two ideas that many others in our current polarised climate would find contradictory and irreconcilable. I believe in capitalism- it’s that old cliché about it being the worst economic system…apart from all the others. But I also believe in an active state with well-funded public institutions and a genuine commitment to social justice. All funded by a robust system of redistributive taxation (personal and corporate).

This form of ‘bothism’ is an old-fashioned idea that used to be called a ‘mixed economy’ or ‘social democracy’. It was based on clear and demarcated roles for business and the state and it is now long gone..

Many people in our industry care deeply about social justice. But all my research and experience tell me that social purpose marketing is misconceived. And it lets everyone (marketers and the general public) off the hook for the state we are in. Buying the latest washing detergent or instant coffee will not deliver a new social and economic settlement. And I’ve seen little evidence that it even sells more washing detergent and instant coffee! But for me, we also need to be wary of promoting a corporate land grab that could further undermine our fragile democracy.

So, I believe socially conscious marketers need to focus their energy where it really matters.

Do not be ashamed of the day job- selling is inherently purposeful- it keeps the economy turning and people in work. If you care about ethical business and corporate responsibility start with getting the basics right- how about equal opportunities for all and ending tax avoidance as a business strategy?

Pursue a vigorous social agenda. But do it in a way that nourishes civil society and our democratic institutions.