Saying it doesn’t make it so 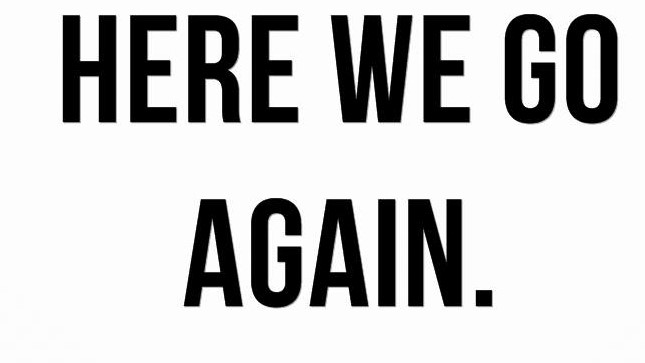 So, here we go again! In her statement on Tuesday the Prime Minister justified calling an early general election on the grounds that it was necessary to put an end to the ‘political gameplaying’ that ‘endangers the security of millions of working people’.

Of course, many would argue that it was ‘political gameplaying’ by David Cameron, George Osborne et al that got us here in the first place. If you doubt this, have a look at this devastatingly straightforward analysis from Ipsos MORI

As the Economist notes here, the EU was certainly a big issue for the Conservative Party. But it hardly registered with voters until Cameron had his bright idea. And now the EU really is an issue that looks set to dominate and ‘poison British politics for years’

But that, as they say, is history… What I’d like to do here is follow up on a piece that Andy Dexter posted yesterday on our work at the Culturise Collaboration.

Andy argued that uniting the country is an ‘impossible brief’. In this post I am going to share some work I’ve been doing with psychologists at City, University of London that looks at Brexit from the perspective of social identity and how the polarisation that has been created by the referendum spills over into non-political behaviour. This post also serves as a taster for a presentation titled ‘when things go wrong and people are afraid’ that I will be giving at the Market Research Summit in London in May. Our work shows that the Prime Minister’s claim that ‘country is coming together’ is, at best, optimistic and, at worst, naive and disingenuous.

The Prime Minister’s claims simply fly in the face of a wealth of evidence from political science, psychology and economics which has shown that political identities and associated social divisions are highly mutable and directly influenced by the salience of issues in the media and the cycle of electoral politics.

Ground breaking research in the US has also documented a strengthening of ‘affective polarisation’ (bias and discrimination directed towards political out-groups) and its increasing tendency to ‘spill over’ and define everyday non-political behaviour (Iyengar & Westwood, 2015).

Inspired by this research we decided to test for parallels in the UK in the aftermath of Brexit. And it’s clear that the EU referendum has catalysed new identities (i.e. leave and remain) that sustain high levels of social polarisation and discrimination.

The key is that you don’t get at these findings by asking traditional polling questions. There are a wide range of things that people won’t say when you ask them an explicit question. And admitting that you would discriminate against someone else on the basis of their identity, whether that is race, gender, political affiliation or voting preference in the EU referendum is pretty high on the list of ‘won’t say’ answers.

That’s where methods from psychology and behavioural economics come in. Instead of asking people traditional polling questions we asked a nationally representative sample of 2065 UK adults to play a series of simple economic games where they had to decide how much of a sum of money (£10) they were prepared to share with a randomly allocated second player.

Respondents initially played a ‘blind’ round of the game where they had no information on the identity of the other player. This created a neutral benchmark for measuring how behaviour changed in different game scenarios. In subsequent rounds the description and identity of the second player was randomly manipulated to create various ‘in-group’ (i.e. playing with someone like you) and ‘out-group’ (i.e. playing with someone different from you) game scenarios.

The amount of money that people were prepared to share in each scenario was used to create a ‘social preferences scale’ which shows how much favouritism or discrimination respondents are prepared to exhibit to different groups of people.

The results, presented in the chart below, represent a strong challenge to Theresa Mays claims that people are coming together. People don’t show a great deal of favouritism to those with similar political beliefs. But they show a significant degree of discrimination towards those with opposing party affiliations (e.g. Labour v Conservative). Most damaging for the Prime Minister’s claims is that levels of discrimination increase as we move from left to right across the chart. We saw the highest levels of discrimination in game scenarios where we mixed party and Brexit identities (Party & Brexit ‘out-group’). That sounds very much like the General Election 2017 to me!

These results are even more startling when considered alongside the Ipsos MORI data above. In a remarkably brief period, the governments fixation with Europe has created new social identities (leave and remain) that rival the strength of the traditional party identities that have been established for decades.

This has profound implications for political discourse as we approach our 4th major election in as many years. Glib statements about unity are complacent and dangerous. The realignment of UK politics around these new identities must be taken seriously. When we initially wrote up this research for forthcoming publication in an academic journal we concluded that the main challenge for the UK government is to find a strategy for Brexit negotiations that avoided precipitating further polarisation and dislocation.   Based on our data, we doubted that was possible. And, of course, that was before the Prime Minister decided to call a snap General Election that focused entirely on Brexit!