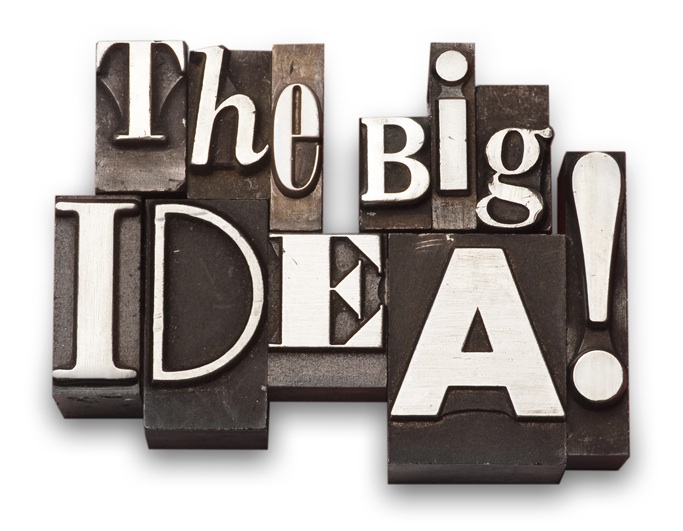 I was reminded of something Peter Rees said the other day, during a LinkedIn discussion entitled “How do we define NewMR?”.  Peter is a City Planning Officer for the City of London. I came across his thoughts while reading Londoners Craig Taylor’s absorbing oral history of the world’s most culturally diverse city. Peter’s contribution struck a chord. Here are a couple of the things he has to say:

…….I don’t think we should be planning London, we should be managing it. Because planning does require you to come to a definitive answer, have a definitive course of action and then to implement something, whereas managing means watching it on a day-by day basis and just nudging it and helping it….’

Both are men who seem slightly at odds with some of the key tenets of their professions.  Their discomfort with misplaced certainty and reductionism, and their skepticism about the validity of overly direct approaches, mirror my own increasingly complicated professional relationship with MR.

Back to the LinkedIn discussion- the first answer to “How do we define NewMR?”got my attention. It was “stop being hedgehogs, start being foxes”.

This is a reference to Isaiah Berlin’s “The Hedgehog and the Fox” .  Berlin divides thinkers into two categories: Hedgehogs are visionaries who view the world through the lens of a single defining idea. Foxes are more pragmatic and eclectic in their thinking assimilating a wide range of ideas and theories.

If you have read anything else on mishmash you may have noticed that I have mentioned Hedgehogs and Foxes a couple of times before! That’s why this post is titled Are Big Ideas, Bad Ideas (Part 2)! Hedgehogs and Foxes are pretty salient at the moment.  The metaphor is a key component of John Kay’s advocacy of oblique strategies in business and all other walks of life (see his bloghere or his TED talk ) where he illustrates the real life paradoxes that arise from slavishly following “the big idea”- and how our complex goals are best achieved indirectly.

Nate Silver, fully leveraging his success in correctly predicting the winner of all 50 states in the 2012 US presidential election, also encourages us to ignore the hedgehogs in “The Signal and the Noise- Why So Many Predictions Fail- But Some Don’t” (find Silver’s blog here and here he is on the BBC Today program recently explaining why we should be distrust pundits and experts).

Both Kay and Silver argue that we need to get more comfortable with uncertainty and nuance. The world is just too complex to be reduced to simple paradigms and models. So we can only ever hope to achieve our objectives through a gradual and indirect process of risk taking and discovery. I think Peter, my town planner, is a fox. So is William Goldman. I hope I am too.

Kay and Silver should be required reading for anyone who is interested in the vision for NewMR. Both can get us beyond our preoccupation with method and help us re-discover the fundamental role of MR: For me, that is to connect business with the realities and messiness of the outside world.

At the end of last year I received a polarized response to a post that asked “Isn’t it about time market research grew up?” (Read it on Greenbook here). In the post I suggested that an innate egocentricism had resulted in market research and many “NewMR” approaches failing to fully connect with this messy, real world.

But in my own oblique way I have arrived at an even more challenging conclusion. MR isn’t inherently egocentric. But that’s because it doesn’t really have a personality of its own. Egocentrism is just one characteristic that MR inherits when it defaults to supporting, rather than challenging, business’s hedgehog thinking and all-consuming pursuit of the big idea.

There is a famous and much quoted line from David Ogilvy  about marketing executives’ relationship with research:

They use it as drunkard uses a lamppost, for support rather than illumination.

Ogilvy was giving advice to the marketing exec and lamenting what he saw as an increasing reluctance to use judgement. Even before Ogilvy, and ever since, MR has invested a great deal in what Eric Reis would now describe as  vanity metrics and success theater: the action of “making people think that you are being successful rather than energy you could put into serving customers.”

Quite simply many MR frameworks serve simply to banish uncertainty and nuance and validate the prevailing mental model or latest big idea rather than confront marketers with the awkward and difficult “illumination” of the real world.

As a result many of the hard wired myths and mental models of marketing and advertising go largely unchallenged.  Byron Sharp’s recent book “How Brands Grow- What Marketers Don’t Know” is an all too rare MR based challenge to marketing orthodoxy. Sharp collates decades of market research from many of the world’s biggest brands (including Coca-Cola, Kraft, Kellogg’s British Airways, P & G and many others) with the aim of falsifying some of marketers most deeply held assumptions. Here is a quick summary of the more prominent assumptions that Sharp sets out to debunk:

I don’t have space to examine these in any detail here. But, for the purposes of this piece, I am less interested in the validity of Sharp’s evidence (for the record I am convinced by most of it) and am more interested in the powerful example he provides to all NewMR revolutionaries.

There are no innovative new data collection techniques on display in ‘How Brands Grow’. Mostly he is using “traditional” brand equity, sales and tracking data to support his arguments. But, in many ways, it is a far more revolutionary and powerful narrative than the majority of what we see in NewMR. Sharp uses “traditional” methods to ask new and exciting questions. A great deal of NewMR uses new (and not so new) techniques to generate the same old questions and answers in service of the type of hard wired paradigms listed above…

But then, Sharp’s book isn’t about method. It is about effecting deep cultural change in marketing practice. To achieve this Sharp simply looks at the data through a new lens and exhibits a heretical zeal in bringing his ideas to the attention of the world’s biggest brands.

Sharp argues that he has established a series of laws that should govern marketing practice. You can probably tell by now I am less convinced of the need for such laws.  But the heretical zeal he exhibits should be the day to day currency of all MR (“new” or otherwise). And NewMR, if it is to be worthy of the name, needs to be about more than innovative new methods. It needs to insist on a new relationship with the businesses and organizations it serves.

The first step is a new mind set and a will to break the mutually comforting and self-fulfilling cycle of overly direct and reductionist big ideas (by the way, much of the new thinking around the role of implicit and emotional response, cognitive psychology, behavioral economics etc. can be just as reductionist and dogmatic as the “traditional” rational paradigms….). I think the way to achieve this, and avoid our new thinking repeating the mistake of the past, is through the adoption of more oblique approaches and strategies in MR.

In the oblique approach there is only one fundamental requirement- generalized, “one size fits all” approaches (old or new) that support the status quo or get in the way of adaptation are out. There is no need for consistency, changing your mind is allowed. To quote John Kay- “Give me a one handed economist” goes the saying, but careful judgement really is a matter of “on the one hand and on the other”.

As yet, the assertion that we need more foxes and fewer hedgehogs remains a pretty hard sell in MR. It is difficult to market your agency based on such eclectic principles. “It depends” is not a bankable answer for clients reared on an expectation of certainty and control. But MR could and should learn a lot from Peter, the City of London Planning Officer and Mr Goldman the famous Hollywood screen writer.

The biggest prize of all may be in driving a cultural, rather than methodological, transformation in business. Enabling decision makers to develop more humility about what they do and don’t know and helping them find competitive advantage in nuance, complexity and contradiction. This is my answer to the question- “How do we define NewMR?”