A plumber’s guide to human centricity 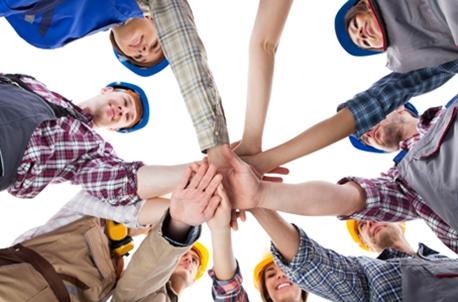 I wasn’t aware there was an issue between design researchers and other market researchers until I came across this blog last week.

Like any well-read and curious researcher, I have enjoyed following design thinking as its impact has grown in business and social innovation. Books from Tim Brown at IDEO and Idris Mootee at Idea Couture are some of the most colourful, attractive and useful things on my bookshelf.

For me, a human-centred approach is a no-brainer. But many still see the extension of design thinking across all aspects of business as a heretical and radical idea. That’s a sign of how detached some businesses have got from the real world.

Of course, design thinking is not really a new idea at all. I reckon that the guys that came up with it must have felt like George Harrison when he was writing Here Comes the Sun. Apparently when he composed those unmistakable opening chords they felt so familiar he was convinced he was channelling someone else. (by the way, psychologists call this cryptomnesia – it’s a memory bias “whereby a person may falsely recall generating a thought, an idea, a song, or a joke”). My hunch is that the ‘someone else’ that design thinkers have been channelling is market research. Unfortunately by the time designers were cooking up their design toolkit, market researchers had lost the sheet music and the master tapes. Design thinking needed saying and the designers said it.

So, if I harbour any issues about design thinking it’s merely the nagging jealousy that those guys have simply found a cooler and more engaging way of talking about the essence of market research. But, apart from that, I always thought I was essentially doing the same thing. I may or may not be a design thinker but I reckon I have been practising and advocating human centricity my whole career.

But perhaps I have been naïve all this time. Because, as the blog points out, many market researchers and design researchers think they are doing different things. The irony is that these two groups of professionals don’t seem to be able to apply their human centricity to their own work and rise above the in group/out group bias that drives narrow siloed thinking and debilitating inter-disciplinary rivalry (see quant v qual for further evidence…). Designers and researchers should be challenging this business culture, not nurturing it.

So what’s this got to do with my plumber? Well, my bathroom sprung a leak this week. The plumber we called out has certainly never heard of design thinking or behavioural economics. But as he explained how he went about setting up his own business it became clear that he has been an expert in human centricity for some time.

During a 10 minute coffee break he described the highly dynamic and volatile market he is striving to make a living in. The Yellow Pages used to be the bible- how do you make sure the phone rings? You sit your friends and family down and ask them to flick through the phone book. You observe and make a note of the positioning and design of the ads and listings that catch their eye. You make sure you secure one of those positions in the book.

The internet comes along and disrupts your market. Every 12-18 months there’s a new recommendation platform to contend with. Each has a different interface and method of rating and ranking plumbers. Again you observe how the real people you know use each platform. But now you need to iterate. You need to test and adapt. Star ratings are the focus of one particular platform. That seems to be good for people looking to spend thousands on a complete new bathroom. But that’s not your core business. People looking to find someone to fix an emergency in their bathroom tend to look at the latest personal reviews. That’s a different site and that’s where you focus your attention. Without knowing it my plumber had just provided a real world example of construal level theory. And he has built his business around it.

So what’s the point? Simple really- no one invented human centricity. No one owns it. Certainly not designers and researchers. It’s a basic human trait; we all use it in our real lives every day. So it’s there to be nurtured in every business. And that’s really all that research should be for.

Behavioural science and design toolkits should help. Models codify instinctive real world behaviour and make it explicit in planning and strategy. But they get in the way if they are applied in the service of parochial turf wars and empire building. Designers and researchers need to spend less time trying to appropriate human understanding and more on applying it to nurture the best of human instincts in business and beyond.

This article was first published on the research live blog, July 2015